Happy Halloween! It's the time of year when, funnily enough, many of us think seriously about what to wear... just not in a typical fashion sense. Which got me thinking. Sure, we can all put on the tattered clothes, squirt on the Kensington Gore (stage blood. normally a mix of corn syrup and food colouring) and pretend to be zombies. But what about those icons of horror that have taken a little more care with their look? In short, who are the best dressed Halloween icons?

Let's start with the daddy of them all: Dracula. Let's face it, the guy knows his tuxedos. He's effortlessly elegant, even when stalking a tasty snack. For the real fashion show, though, we have to look to the Francis Ford Coppola version of the character, as played by Gary Oldman in the 1992 adaptation, Bram Stoker's Dracula. He seems to change costume in every scene, flipping from finely-cut suits accessorised with little round sunglasses and a top hat, to heavily decorated brocade robes, to that extraordinary suit of red armour. The guy is a fashion plate, and he doesn't care who knows it. 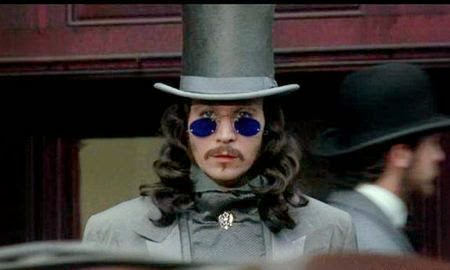 Moving forward in time, let's talk about the American Psycho, Patrick Bateman. Played by Christian Bale in one of his breakout roles, Bateman may have terrible taste in music and a worryingly compulsive way with a chainsaw, but hey, we all have our flaws. He understands that clothes maketh the man, and high end brands send their own very important message. He even totes his bodies around in Jean Paul Gaultier bags. He has a rigorous exercise and skincare regime, and has even developed a signature look, teaming bespoke suits with a splashproof hazmat coverall and an axe. He's the image of the eighties power-dresser, with all the homicidal bits well and truly on display.

My next pick is a little left-field, but bear with me. Pinhead from the Hellraiser films may have taken that whole facial piercing thing a little too far, but the leather costume he wears is to die for. He takes goth chic, adds a dose of priest-like sobriety and carries off the whole thing with an almost regal bearing. Sure, it's not the sort of thing you can wear to the office. But Pinhead has a calling, and the leather gear is part and parcel of what he does and how he rolls. 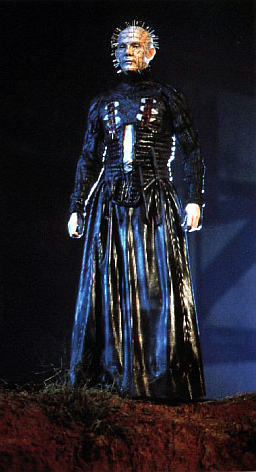 But what about the ladies? Well, one name that definitely has to be mentioned is Buffy Summers, the Vampire Slayer herself. She's not just good with a wooden stake. She also knows how to put together a killer look. Through seven seasons she developed an image that went from short skirts and vests to a sleeker, more sophisticated silhouette. Low boots and leather trousers emphasise freedom of movement (important when you're kicking a vamp back to hell) and offer a bit more protection. Practical with sexy as standard, Buffy understands how wardrobe is as important to the job as the pointy accessories. 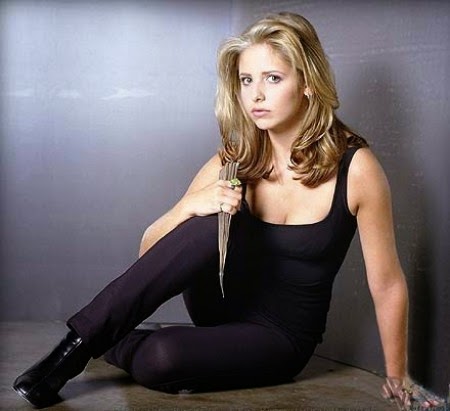 My last pick goes back to the old school, with a classic horror look that several spooky icons have made famous. The long dark hair, pale skin, red nails and long black dress typifies a certain kind of girl, from Elvira to Vampira. But for me, the look was best nailed by Morticia Addams, played by Carolyn Jones in the classic 60s TV show the Addams Family. Although Anjelica Huston made a great job of reinvigorating the character in the two 1990s movie versions, Jones has a little more elegance, a little more... class. You can completely get why she drives her husband Gomez so wild. She may be vampish, but she's also a fine gardener, a loving wife and mother, and very much the brains of the family. An icon, in every sense of the word. 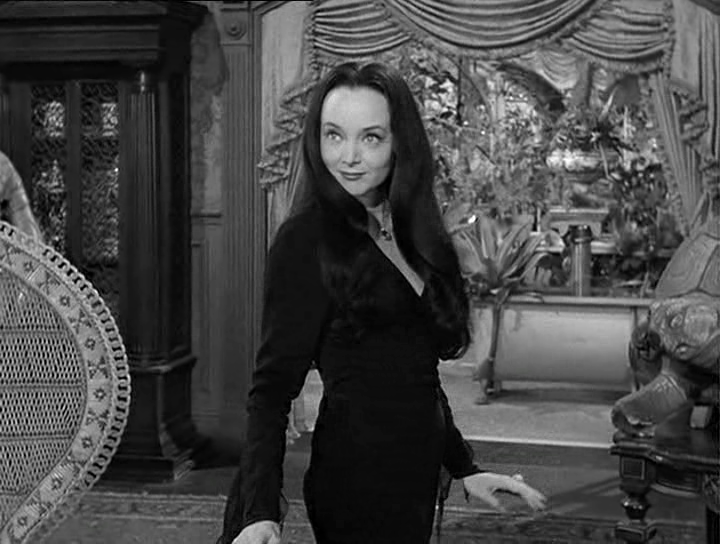 Those are my picks for the best-dressed icons of horror. Who have I missed? Let me know!
Posted by Rob at 10:50

Email ThisBlogThis!Share to TwitterShare to FacebookShare to Pinterest
Labels: fashion