50p A Mile: How Give Penny Is reshaping charity sponsorship 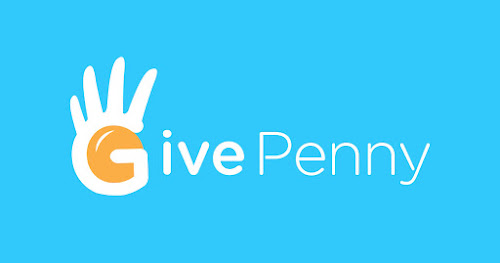 The process by which we give to charity has changed radically over the last ten years. Once, it was all about plunking 50p into a collection box, or one of those fibreglass guide dogs with the slot in its head that sat outside every newsagents.

Now it's all about pledging via sites like JustGiving or Virgin Giving. It seems like every charity event has a way to donate online. It's easier and simpler, but there's an element of risk. What if, after gathering a big wedge of pledges, you can't actually take part in the event after all? What if rain stops play, or flu knocks you out?

As The Guardian reports, it was that situation that led keen fundraiser Lee Clark to start Give Penny. Unable to take part in a charity bike ride at the last minute due to an attack of flu, he worried that he had let everyone down, and wondered if there was a way to contribute without the sense of expectation.

Give Penny is a throwback to the way we contributed to charity runs and events back in school days–sponsorship based on milestones rather than a blanket donation. You can donate per mile run, per length swum, per bucket of ice water tipped over head.

There's nothing new about focussing on small donations, the so-called "digital small change". Charities such as Pennies have been around since the beginning of the decade, allowing us to round up our online purchases to the nearest whole pound and donating the difference. Much in the same way as popping that unwanted two pee into the collection box at Pret or McDonalds. And a little really does add up: Pennies has raised £5million since launching in 2010.

But Give Penny has a clever USP: the social aspect. Tying into popular fitness trackers like Fitbit and Runkeeper, as well as arguably the biggest platform for social giving out there–Facebook–makes it easier than ever to donate small amounts based on a given milestone.

The really interesting bit is Lee's vision for the future of Give Penny. He's left it open for charities to play around with the possibilities, allowing them to, for example, get large numbers of people to raise small amounts on a sponsored walk as a group activity, custom-building the donation experience to their own needs. Once again, the social aspect comes to the fore.

Research would seem to back up Lee's intuition, as analysis of JustGiving data has shown that people tend to give about the same as everyone else on a particular page. If you can only afford a little, you're discouraged from donating at all. By putting the focus on lots of small contributions, and allowing people to collaborate and work together, Give Penny takes the worry out, and lets fundraisers donate within their means.

Give Penny has already teamed with a set of small charities in its native Birmingham. Stanford Chau, informatics and database officer at Birmingham Children’s Hospital (now that's a job title) is excited about the possibilities of the platform. He says:

“This feels like a more social way of giving than we’re used to. It also has a very modern framework and its interface is more customisable and intuitive, which is refreshing in this space when compared to traditional online giving platforms’ fairly static pages.

“As a fundraiser myself, I often struggle to keep the momentum going when training, so I think something like this will help. I remember the 50p a mile concept from school and have always wondered why JustGiving doesn’t do this. I see some of our fundraisers with little to no sponsorship on their page at all, and I think setting milestones is a great idea and offers more visual storytelling and interaction and opportunities for giving small amounts.”

Our View: we're always keen to see innovation in fund-raising, and Just Penny feels like a great idea. By nodding back to the old days of motivational, goal-based sponsorship it helps both fundraiser and sponsor to feel better about the adventure ahead.

For more, check out givepenny.com.

Email ThisBlogThis!Share to TwitterShare to FacebookShare to Pinterest
Labels: charities