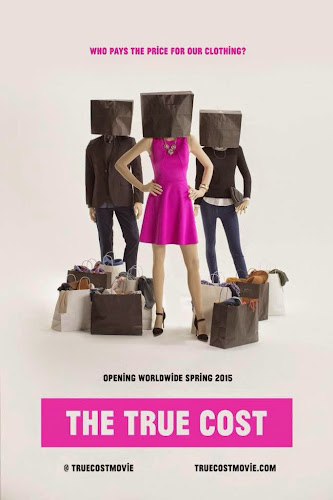 A fascinating new documentary, coming to cinemas, digital and DVD/Blu-ray soon, hopes to make the case plain that global fashion is broken, and outlines what we can do to fix it.
Director Andrew Morgan was in New York in April 2013 when he saw the headlines. A clothes factory in Dhaka, Bangladesh had collapsed, taking the lives of over a thousand workers who had been forced back to work after evacuation following the appearance of cracks in the superstructure. That building was the Rana Plaza, and the event of the following months led Morgan to vow he would do all he could to make sure nothing like that ever happened again.
The result is The True Cost, a documentary that ties together the disparate threads that make up the complex web of services of fashion's global supply chain. From the slums of Bangladesh to the catwalks of Paris, the film sets out to show explicitly how our clothes are made, and why they cost so little.


In his Director's Statement, Morgan says:


"For too long now, conversation around this topic has suffered from over-simplified blame games. Political and economic complexities have allowed us to miss what is unavoidably clear – that this is first and foremost a moral issue. There is consistent irresponsible care of the environment, and clear violations of the most basic human rights. But this is something we can and must change."

With contributions from ethical fashion heroes like Lucy Seigel and Livia Firth (who also exec-produced the film) The True Cost promises to be a hard-hitting expose of an industry that has hidden an ugly side behind a veil of glamour. A little righteous anger could go a long way.
We'll be covering the film more in the next couple of months leading up to The True Cost's release in late May. For now, check out the trailer, and hit up http://www.truecostmovie.com for more.