Given the tone of our Olympic coverage thus far, you might be forgiven for thinking that we're down on the Games. This could not be further from the truth. Here at The Pier, we're incredibly excited that the Olympiad is in London for the third time since 1902, the only city to have this honour.

Your humble writer has tickets for three events, including a full day of athletics, as well as a day at the Paralympics. The cycling time trials will be running within yards of the Pier's riverside offices in sunny Thames Ditton, and most of us will be there, cheering on Wiggo and Cav after they did the business for us at the Tour de France. 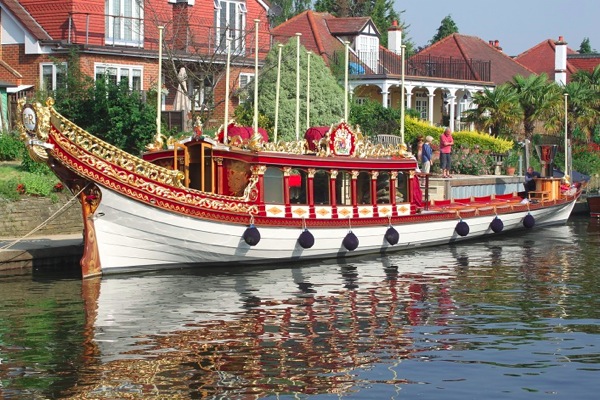 It's the Royal Barge Gloriana, preparing to take the Olympic Flame up the Thames to Stratford for tonight's opening ceremony. 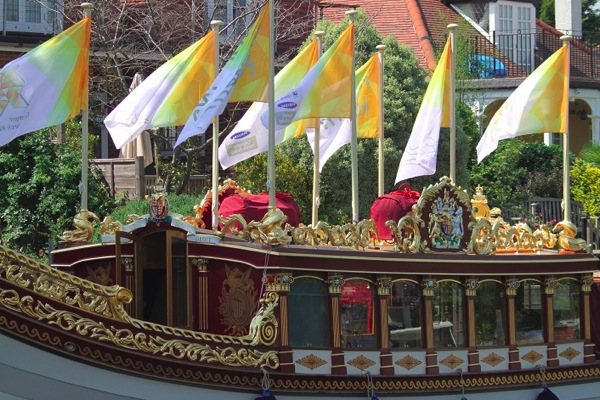 And a close up of the flame cauldron. It's four feet high, and should look a treat in the late afternoon light. 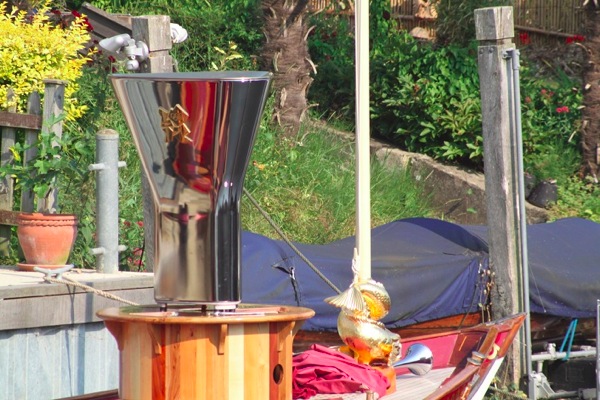 I'll cross-post some of my reports from the Olympics here via my daytime blog, Excuses And Half Truths. It's important to make sure you get all the skinny from this rare chance to see a world-class sporting event on our doorstep.

Email ThisBlogThis!Share to TwitterShare to FacebookShare to Pinterest
Labels: Pier32