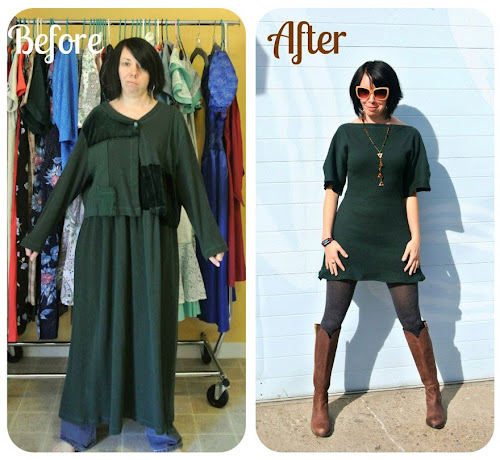 People sometimes ask me, "Why recycle?" They then roll out a story they heard from a friend of a friend about how they heard that a lot of material that goes into the hoppers outside supermarkets goes straight to landfill anyway. I personally treat any tale with more than one link of provenance in it with a large handful of salt.
Ask Jillian Owens from South Carolina the same question, and she'll likely point you at the outfit she's wearing at that moment. She's a fan of the thrift and goodwill store culture in the States. But, unlike many, she makes a beeline for the kind of clothes that no-one else would touch with a ten-foort bargepole. The stuff that doesn't fit. The stuff that's cut like a potato sack. With some judicious scissor and needle work, carefully placed belts and most importantly an eye for what a garment could be, and Jillian transforms these second-class citizens into sharply-crafted dresses, tops and skirts. 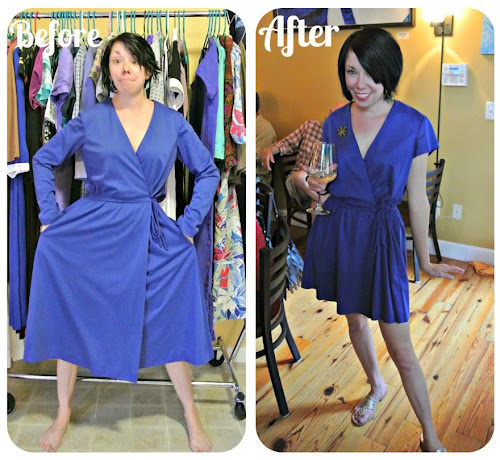 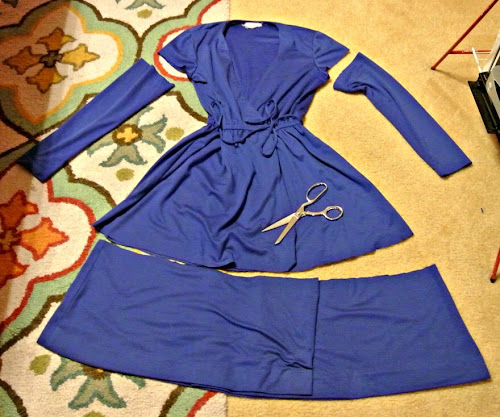 
"A few years ago I decided I wanted to change the way the world thinks about fashion. I was worried about the impact on our planet as people tossed out their one-time-wear duds more and more quickly."

Second-hand is maybe not the best way to describe the stores that Jillian raids for her creations. A better handle would perhaps be Second Time Around. By taking on these orphans, seeing the beauty in them and allowing them to shine, she's showing the potential in any unloved garment. Perhaps there's something there to be learned the next time we have a clearout and fill a bag for the charity shop. Maybe that starts with more focus on home economics in schools, giving kids the skills with needle and thread to be able to copy Jillian. Certainly, I often wish that I could sew on a button without it falling back off, or patch a pair of jeans so they hold. 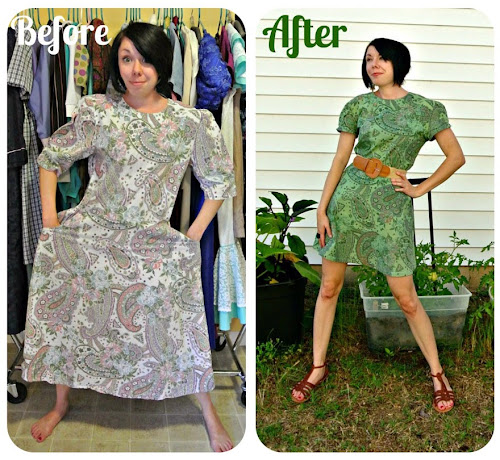 You could argue that Jillian didn't choose the fashion path she's treading with such style--as a writer who ran into financial problems, goodwill became the only outlet she could easily afford. And yet, from adversity comes opportunity, and boy, has this girl run with it. I'd call Jillian Owens the new poster girl for sustainable fashion: doing it her own way, with her own style. We can all learn something from her, don't you think? 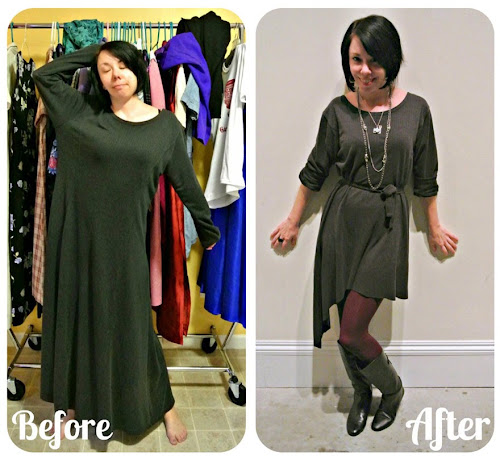 For the full skinny, check out Jillian's set on Imgur.