Let's start with one of the major marine conservation charities out there. With a swashbuckling, piratical image and their own fleet of ships, these guys are serious about taking care of the ocean and its inhabitants. Let's have a chat with Sea Shepherd... 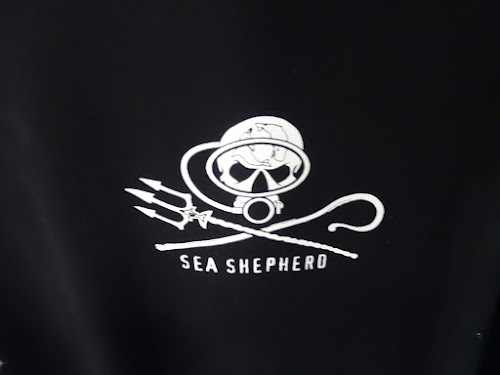 Sea Shepherd are a direct-action group who take the fight straight to the illegal poachers threatening protected environments and species. With a fleet of four ships, and a large number of inflatables and other smaller vehicles, Sea Shepherd are well equipped to ensure that justice is best served salty. They're not called Neptune's Navy without reason...

For 2016, two major campaigns are running. Operation Sleppid Grindini is a continuation of last year's successful action, aiming to prevent the systematic slaughter of over 1,000 pilot whales by Faroe Island fishermen. The whales are trapped in a narrow channel before being beached and butchered, a process that can take up to four agonising minutes. The Islanders claim that the grindadráp is a traditional way for the Faroese to feed their families–despite their own government's warning that, due to pollution, the whale meat is unsafe for human consumption. For the most part, it's simply left on the beach to rot.

Entire pods are eradicated as part of the grind, leading many conservationists to question the legality of the event under the Berne Convention which Denmark, of which the Faroes are territory, have signed. Sea Shepherd aims to be back at the Islands this summer, to help prevent this meaningless and illegal slaughter. 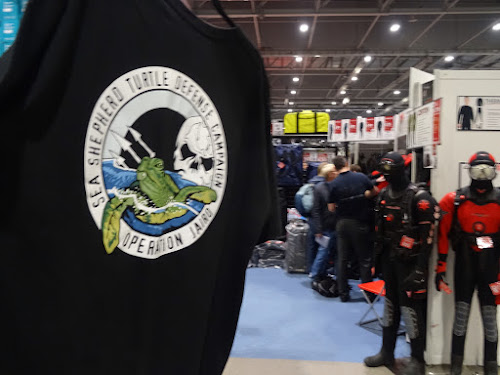 Meanwhile Operation Icefish is already underway. Sea Shepherd's flagship, the MV Steve Irwin, has headed out from Perth in Western Australia towards the Antarctic. The job: to prevent illegal toothfish poachers from plying their bloody trade in the cold Southern waters.

Operation Icefish has two specific targets. Icefish poaching vessels Viking and Kunlun are the only remaining ships trawling in protecting waters, after last year's mission targeted and shut down most of the so-called 'Bandit 6' boats. These last two are wanted by Interpol. They're a juicy target. The objective for 2016 is to chase down Viking and Kunlun, and end icefish poaching in Antarctic waters for good.

It looks like another exciting year ahead for Sea Shepherd. Ian and I would like to thank the team at the London International Dive Show for making us welcome and sharing their plans for the coming year with us.

Get to the boats! 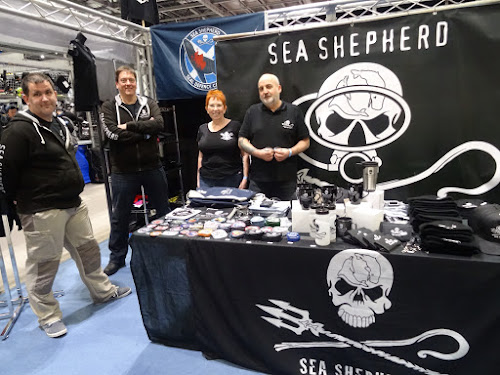 Email ThisBlogThis!Share to TwitterShare to FacebookShare to Pinterest
Labels: charities, environment, our clients