2012 was a big year for a very well-known and loved British character. He had two new books written about him, a set of DVDs and a whole new shop dedicated exclusively to him. In fact, some people think he has a whole train station named after him. Who am I talking about?
Why, it's the bear from Peru with a taste for marmalade sandwiches and a penchant for shiny wellington boots, Paddington, of course. In a bumper year for the bear, author Michael Bond, who started writing about him in 1958 brought out a couple of new adventures, and a Britannia themed DVD box set of the well-loved FilmFair series from the 80s hit the shops as well. He was also the star of a new range of items created in conjunction with famed Japanese artist Shinzi Katoh which launched exclusively at Harrod's for Christmas 2012. 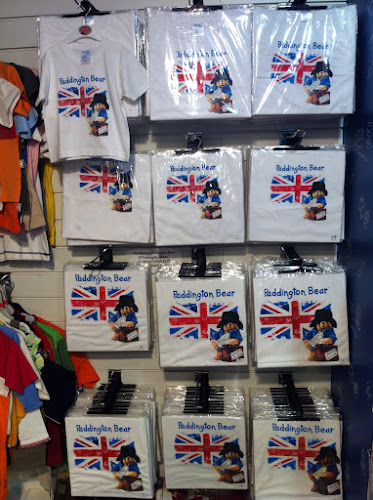 What's Pier32's connection to all this? Well, we've been supplying t-shirts to the stall at the concourse at Paddington station for a couple of years now, and we've also sorted out the staff with smart fleeces to keep them snug while they sell. That stall has now expanded into a shop with a commanding view over the station. I popped along to meet Jackie, who's been with the Paddington family since the early eighties and runs the shop, to find out a bit more about what's in store for the bear in the next couple of years.
"The shop's taken over the space that used to be the London 2012 Store", she explained. "It's great for us as we can have so much more stock out at once, and display a much wider range too." The old stall was in a great position, right by the station entrance, but they were limited as to what they could show. "It could also get pretty cold down there in winter," Jackie said. "We needed the Pier32 fleeces then!" They're desirable items, apparently. Jackie pointed out that more than one person has asked if they can buy them.
The change in location has improved business no end. Jackie estimates footfall has gone up by a half since the shop opened for business in November, just in time for Christmas. I asked what sort of people came in through the doors. "Just about everyone," she said. "Young mums and grannies who grew up with Paddington like to pass the stories they loved as children on to their kids. There's a big international market as well. The Americans and Japanese love Paddington." She thinks there's room to include a Paddington in some of the London tourist couch tours. After all, there's both the bear and the beautiful Isambard Kingdom Brunel ironwork to visit! 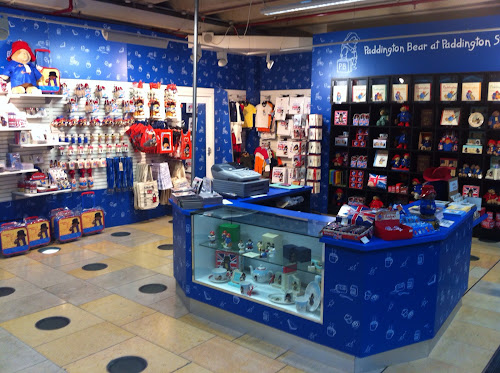 I wanted to know why she thought Paddington had lasted for so long. After all, he's 55 in June (although there's no sign of any grey hair as yet). Jackie had no doubts. "He's an iconic British character, with a real gentleness to him."
I definitely agree with that. For me, Paddington has all the best bits of the British character. He's unfailingly polite, but he speaks his mind and doesn't suffer fools gladly. He may look cuddly and a bit vulnerable--but watch out if he turns his hard stare on you! 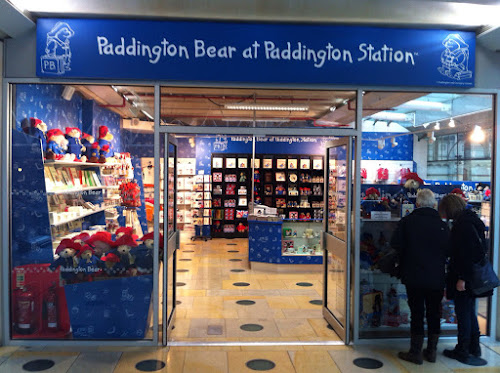 Before I left, Jackie shared one last bit of exciting news. Paddington will star in his own feature film, set to be released in 2014. Produced by David Heyman, the man behind the Harry Potter movies, it looks to be one of the big movie events of the next couple of years.

Many thanks to Jackie, and to Linda Pooley and Polly Emery from Copyrights Group for giving me their valuable time. You can find the Paddington Store on the first floor of the main shopping concourse at Paddington Station, The Lawn. Look out for the statue of the bear, and Jackie will be waiting for you at the top of the escalator. 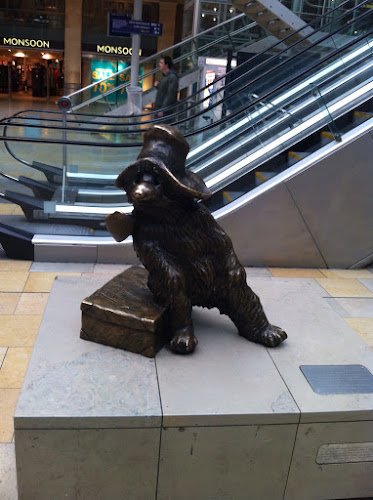 Email ThisBlogThis!Share to TwitterShare to FacebookShare to Pinterest
Labels: our clients, our clothing products, Pier32