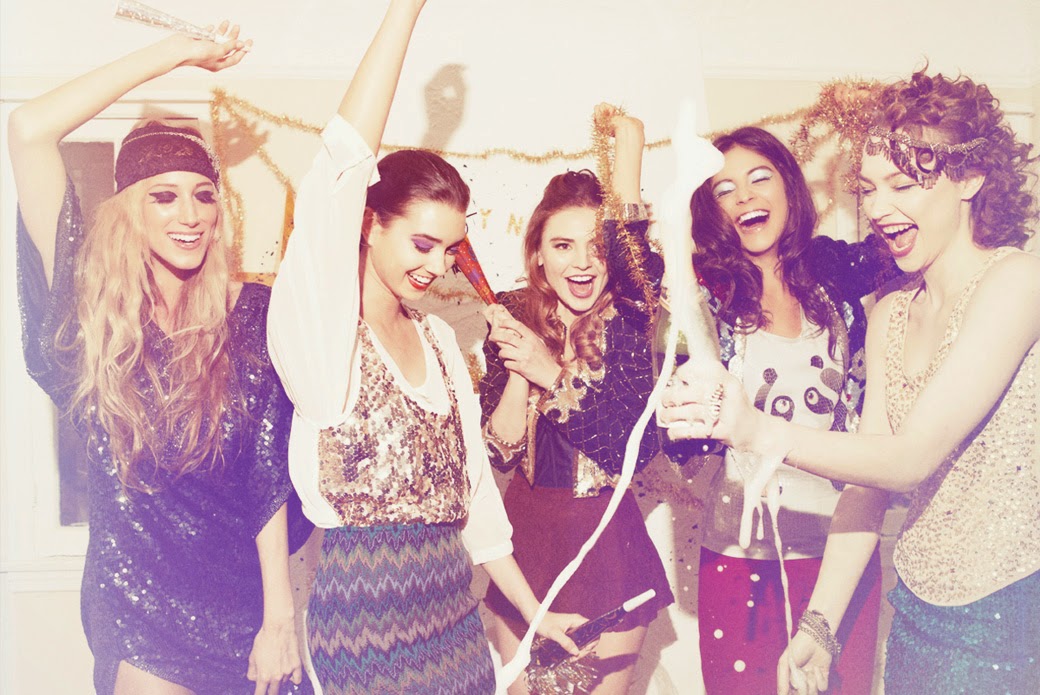 It's been an odd year for ethical fashion. An optimistic year, that showed a real advance in mainstream attention for the sector, yet one that was also dominated by the continuing repercussions of our Year Zero event: The Rana Plaza Disaster.

The deaths of thousands of garment workers and destruction of so many families in Dhaka's overcrowded fashion quarter has had profound effects in the CSR of many big brands, in labour relations and in the way we view and shop for our clothes. Change that seemed so slow in coming, has ramped up significantly in the past twelve months. There's still so much to do, but 2014 showed the first real signs of a profound shift towards a more sustainable, ethical model of fashion manufacture.

It's been a busy year for the blog too. Here are a few of the high (and lowlights) of a year at the Pier.

January had me musing on the link between money and denim, and how skinny jeans are more harmful for the environment than you might think: Money In My Jeans Pocket (warning: contains Anton Du Beck in a veeery tight pair of strides).

In February I celebrated the launch of our Salvage Collection, made entirely from recycled fibres, and boggled over the work of scientist Anka Domaske, who created a new eco fabric made from milk proteins: Milking It.

March was our Client Month, with profiles for our pals at Sea Shepherd, Children Of The Andes and Marine Conservation Research: worthy causes all. We also noted how fast fashion leaders Zara were suffering big losses as their model was adopted by smaller, leaner competitors: Peak Fast Fashion.

In April we celebrated as our friends at childcare charity Kid's City had a visit from The Amazing Spiderman, and considered a radical solution to the environmental impact of washing our clothes: Take Two Garments Into The Shower?

As May rolled around, I put my money where my mouth was and invested in a pair of ethically-produced Vans sneakers (I was lucky to find them, and they're a great buy). We're big on the intersection of fashion and tech around here, and documentary film The New Black had some really interesting notions on the way forward.

June showed how striking garment workers in China were getting support from a surprising source: the multinationals who had the most to lose from the walkout. In a year of paradigm shifts and redefinition of the often fraught relations between workers, management and the big brands, this was perhaps the most... striking. Sorry.

In July we explored the surprising link between prawn fishing and garment production, and how the UK government's stance on slave labour could significantly improve the lives of people caught in the net of slavery. We also noted how the chorus of big fashion names calling for the end of fast fashion was growing, as Michael Kors added his disapproval.

As the weather warmed up in August, we explored the phenomenon of the Ice Bucket Challenge, and what it meant for charity fund-raising: Water Way To Donate To Charity. We also celebrated the work of students at Nottingham Trent University, who saw the increase in waste at festivals (including discarded tents) as a resource to be converted into clothing: Loitering Within Tent (August was also the month where I couldn't resist terrible puns, apparently).

September saw an amusing spat between Patagonia and The North Face, as both companies vied to show they were the most ethical over goose down. We also wondered whether it was time to forget the whole notion of the fashion season, and concentrate instead on clothes that were designed to last more than half a year.

The weather began to cool again as October came around, so naturally we cheered the arrival of Wool Week. When Halloween darkened our doors, we were there with our list of best-dressed horror icons. Who couldn't bow down and worship Morticia Addams?

November's big ethical fashion story was The Fawcett Society's mis-step over their 'This Is What A Feminist Looks Like' t-shirt. This was a tale that brought all sorts of surprises, including the first (and probably only) time that The Mail On Sunday would put an ethical fashion story square on the front page: The Right Story For The Wrong Reason.

And finally, here we are in December. We were amongst the first this month to feature Nervous System's 3D-printed dress, and highlighted boardshort company Riz's attempts to make clothing out of the vast floating islands of waste ocean plastics.

So, another busy year for the Pier32 blog. We hope you find us informative and entertaining. Thanks to everyone that's commented, retweeted or mentioned us over the past twelve-month. If you have any ideas, tips or suggestions, my door's always open.